Too many mechanics fix no lock.

Wouldn't you know it? I finally got my brake light problem sorted (the problem was dodgy wiring giving the occasional brake light bulb the month off) and suddenly my drivers side lock decided that moving two ways was one way too many and immediately cut it's workload in half.

And of course in my backyard mechanical ways, I've discovered that even popping the errant lock out for a bit of a butchers is more an exercise reserved for tiny contortionists with incredible dexterity more than my good self...
So what is a home mech supposed to do when he really has no idea what he's actually attempting to do? (Other than loosen random bolts and hope everything falls into place?) Rope in a couple of other home mechanics standing nearby of course!
Which is a great idea of course until we realized mechanic number two had fists the size of full scale bowling balls.
Seriously I wasn't sure whether it was genetics, steroids or they came built after years of punching tanks but it meant that his ham hock fingers couldn't reach a well buried bolt that mine could and as a consequence, there was barely enough room to send oxygen into the door setup let alone a tool once he wedged his hand in.

Luckily mechanic three was so old school, he was around when they invented dirt and theorized that since the window runner was getting in the way of getting at the hard to get bolts, it was best if we just moved the window runner first. After undoing one bolt on the runner he had another look, decided it wasn't the way to go, redid the bolt and wandered inside for a Nescafe, never to be seen again.

Which left me standing there looking stupid with a screw driver in one hand, a small spanner in the other and a quizical look plastered on my face as I realized I was still no closer to solving my lock problem than when I first started. So I left it for another day (most likely this weekend if time permits) and slowly grew used to the idea of opening the passenger side door first, reaching in and unlocking the drivers side from the inside (that still works).

So it's on the list. Along with buying proper tools like a decent set of spanners for starters and bandaids to stop all the door lacerations when forcing my arm in there.

Just don't get me started on today's adventures though when I discovered my key now doesn't want to turn the ignition barrel...
Labels: Home mechanics lock Soarer 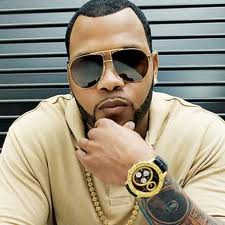